Why is Nevada a Good Place to Own a Business?

Nevada is one of the most exciting states in the whole of the Union, and at its heart is the fabulous city of Las Vegas, famous all over the world for its casinos, high-life and five-star hotels. But while Nevada might be thought of as a great holiday destination, 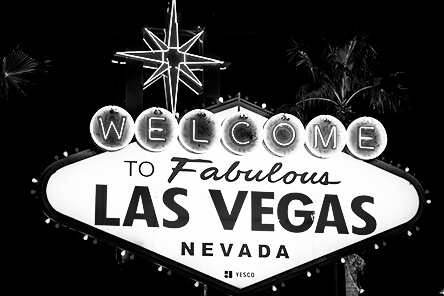 it’s also a great place to own a business, thanks to numerous tax breaks, a robust economy and a low cost of living.

While most people might think of the state of Nevada as being nothing more than mile after mile of cacti and desert, it’s actually an incredibly compelling proposition for companies. The state has a lot to offer and is a modern-day incarnation of the Old West – a place where fortunes can be made.

Here are some of the reasons why Nevada is a good place to own a business.

Nevada wants to attract as many businesses to the state as possible. It’s a great example of what the American Republic was always meant to be – a collection of competing states all experimenting with different policies to find out which improve the lives of their citizens the most. In Nevada, this has taken the form of low tax rates. For the owners of LLC businesses, there is no personal income tax or franchise taxes. What’s more, you don’t even have to live in the state to benefit – your business simply has to be registered there.

There are additional benefits in Nevada too, including many policies designed to reduce the burden of taxation. There are tax deferrals on things like capital purchases, meaning that you pay taxes on any capital purchases further in the future, and you get tax breaks on sales tax, real estate property taxes and help with ancillary costs of running a business, like recycling. In other words, Nevada is probably one of the freest places in the world and one of the only places where the government is actively trying to help small business owners, not just powerful corporations.

The Low Cost Of Living

All across the United States, there are boomtowns like Boston and San Francisco where startups are transforming the economy. But the problem with growing populations and high wages is the ever-rising cost-of-living. San Francisco and Boston might have a lot of well-paying jobs, but they’re not cheap. The price of housing is San Francisco is astronomical.

Although Las Vegas in particular, and Nevada in general, is a hotspot for businesses right now, prices haven’t risen nearly as fast here. This is great news for people wanting to own a business in the Battle Born State, enabling you to make money and enjoy your life without having to live in a dive and eat cheap food.

The Large Pool Of Talent

Some of the most talented employees in the country have had enough of high prices in the so-called boom towns. As a result, many are looking for alternatives in places to work, like Nevada. As a business owner, this puts you in a strong negotiating position. Unlike in many cities across America where competition for the top talent is fierce, you can snap up talented people without having to pay a fortune. Thanks to lower rents and lower entertainment prices, workers will often be willing to accept lower wages, especially if they can maintain or improve their standard of living at the same time.

When it comes to attracting business, Nevada punches above its weight. Though it’s a small state by population, it’s managed to attract some of the biggest names in business, including Elon Musk of Tesla and Tony Hsieh, the CEO of internet shopping site Zappos. Musk used Nevada as the site for his new Gigafactory – a facility that will double the world’s output of lithium-ion batteries – after receiving more than $1.4 billion in free land, tax breaks and other benefits from the state government.

With such a friendly business climate, it’s clear that Nevada will continue to be a great place to own a business and make money.

Nevada Is Ideal for Networking

Another major benefit of owning a business in Nevada is the networking opportunities. Once upon a time, telling your friends that you worked out of Nevada would have resulted in blank stares as people tried to work out whether you were joking or not. But today, many of the smartest entrepreneurs in the country have cottoned on to the fact that the state is great for business. The result is that more people than ever live and work in the area, making it a perfect place for networking with other business professionals.

With the Las Vegas Golden Knights (major league NHL team) already in town, and the Oakland Raiders on their way, Las Vegas Nevada continues to build an economy not dependent on the casinos. You can bet that businesses will continue to  move to Nevada.

Previous: The History of Wall Street

Next: The Advantages of a Virtual PO Box