The Great Eclipse of 2017 can live “forever” in our hearts thanks to the U.S. Postal Service, which is offering the Total Solar Eclipse Forever Stamp.   The stamp features two photos taken by astrophysicist Fred Espenak during the March 29, 2016, eclipse in Jalu, Libya. The retired NASA employee is now referred to as “Mr. Eclipse.”  This stamp marked the first time the postal service used thermochromic ink, which is affected by heat or light. Touch the stamp with your finger, 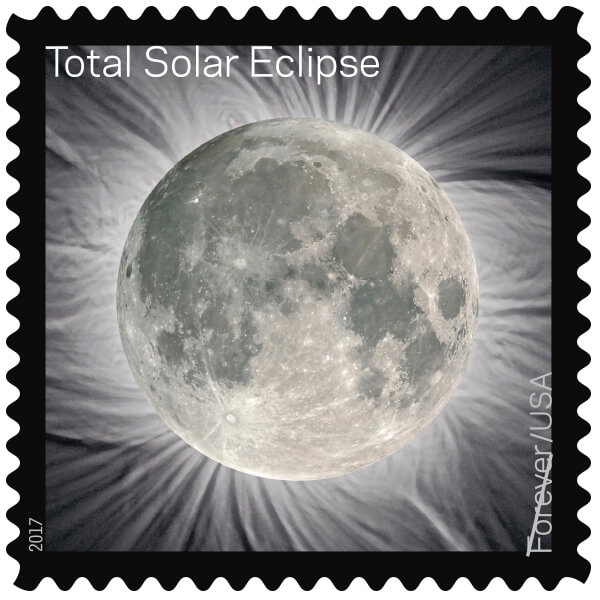 or otherwise expose the stamp to light or heat, and watch the photo of the full eclipse turn into a detailed image of the moon. Once the ink cools, it will revert back to the original eclipse image.   The back of the commemorative stamp shows a map of the eclipse’s path on Aug. 21. The total eclipse was only viewable in the United States, something that has not happened since the country was founded in 1776. Twelve states saw a total eclipse this year, while others saw a partial eclipse.   People all over the country took time off work and traveled to the eclipse path. It was considered a once-in-a-lifetime event for some. An eclipse occurs when the Earth, moon and sun align. The moon temporarily blocks the sun’s rays as it passes in between the Earth and the sun. 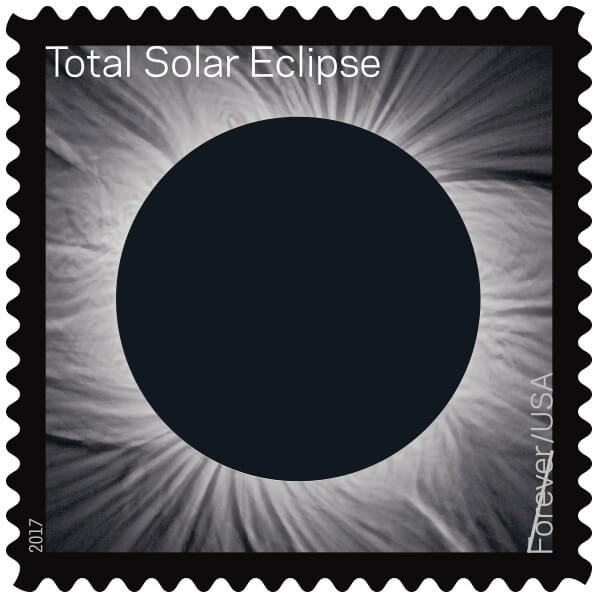 In most areas of totality, the sun was completely blocked for 2 to 3 minutes. The phenomenon briefly confused animals and insects, who believe it was nighttime. Crickets chirped. Cows moved toward their shelters. Humans looked to the skies breathlessly.   The official release of the eclipse stamp took place on June 20, during the summer solstice. Espenak, along with NASA officials and Chief Customer and Marketing Officer of the United States Postal Service Jim Cochrane and University of Wyoming representatives held a stamp dedication at the Art Museum of the University of Wyoming. The museum features a unique display that highlights the summer solstice each year. On the floor of the museum, a silver dollar was embedded. Every summer solstice, a specially-designed architectural feature lets in a single beam of light that shines directly on the silver dollar. When Espenak and NASA officials spoke at the ceremony in June, Espenak said he was honored that his photograph was chosen for the commemorative stamp. The photo shows the Sun’s corona, a white halo that reaches out into the darkness that is only viewable during an eclipse.  “A total eclipse of the Sun is simply the most beautiful, stunning and awe-inspiring astronomical event you can see with the naked eye,” said Espenak. He did not mention where he planned to view the Aug. 21 eclipse, but there were plenty of opportunities. The eclipse path of totality extended over 2,500 miles across the nation.  If you were one of the millions of people who watched in awe as the moon’s shadow fell over the Earth on Aug. 21, you will definitely want to commemorate the occasion with the Total Solar Eclipse stamp. The price is 49 cents; however, like all Forever Stamps, the value will always match the price of a First-Class Stamp. Use them to mail letters and cards today or hold onto them as a treasured keepsake — forever.

PhysicalAddress.com is a cloud-based virtual mail and address service. We provide a secure streamlined service that delivers high-quality mail scans directly to a client’s online private virtual mailbox. Access to mail is available across multiple platforms, including iOS and Android. The mailbox forwarding service allows our clients to view, open and forward mail from anywhere at anytime.

Business clients can setup a virtual business address by leveraging multiple premium physical addresses offered by PhysicalAddress.com to attract international clientele, set up a Corporation or LLC, market their company and virtualize their postal mail.